The latest immigration and visa news for the USA, Canada, Australia, New Zealand, Ireland, and select European countries - straight from the leading immigrant advocates in the Philippines.

The Supreme Court has ruled that controversial minimum income rules for non-EEA spouses set by the Home Office, which campaigners say have split thousands of families apart preventing British citizens bringing their foreign spouse to the UK, are lawful "in principle". - Guest blog from Charles Kelly, UK Managed Migration Specialist and Marketing Consultant.

Children's welfare, Judges said, must be protected in immigration decisions. In their judgement, the Judges conceded that the UK government's rules had the "legitimate" aim of ensuring "that the couple do not have recourse to benefits and have sufficient resources to play a full part in British life".

However, tossing a legal ‘spanner in the works’, they added the rules fail because they do not treat "the best interests of children as a primary consideration". 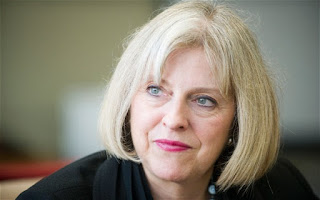 Since 2012, when Theresa May was Home Secretary, British citizens have been required to earn over £18,600 ($23,140) before a husband or wife from outside the European Economic Area (EEA) could be allowed to settle in the UK.

Seven Judges sitting at the highest court in the land rejected an appeal by families who argued that the rules breached their human right to a family life, stating that the minimum income requirement was "acceptable in principle". But said that the rules failed to take "proper account" of the duty to safeguard and promote the welfare of children when making decisions which affect them.

Judges want an amendment to the law, introduced to prevent foreign spouses becoming dependent on taxpayer benefits, allowing alternative sources of funding, other than a salary or benefits, to be considered in a claim.

Previously, applicants had to demonstrate to the Home Office that the incoming partner would not be a drain on public resources and that the couple or family could adequately support themselves.

The Immigration Rule on income, as well as English tests, has proved controversial throwing up many anomalies, such as a British citizen who marries a non-EEA person while working abroad for a period of time who then cannot take their spouse back to the UK because their work contract has ended and they have no job in Britain, let alone six month pay slips.

The threshold does not apply to spouses from within the EEA and some British citizens have taken advantage of earlier judgements, such as Surinder Singh to bring in spouses via the EEA without the need to show the minimum income.

Crispin R. Aranda is an established International Visa Conselor and Immigrant Advocate. He is the president of IVC and is in several migration radio programs.

Registration guide with the UK Nursing and Midwifery Council, December 2019

How to check your eligibility to migrate as a Skilled Worker

Get the latest insight on migration laws and visa application protocol

FREE information as part of our immigrant advocacy platform.

Sign up for IVC's newsletter
Take our FREE assessment
Close